Winter time has been short this year. There are many signs that Spring is soon to arrive and unleash a bounty of color and flavor after the taste buds have been dulled by cold and thick, heavy comfort foods. As you can see from the banner, fresh herbs are on my mind. But where to find the time to prepare fresh food let alone cook?.

So tonight there is Eintopf, slow cooker meal, in the machine. The ingredients may not be quintessentially German, but the marinade most certainly is. Fresh Italian flat leaf parsley, majoram,  and blackberry wine is the key to this flavor combination. Using the whole stem and leaf assembly from the bunch at the store, I tore apart the leaf and stem and dropped them into a gallon sized zipper seal bag. Then I added two fresh gloves of garlic, slightly crushed, one half coarse chopped yellow onion, about two tablespoons of dried marjoram and a couple of teaspoons of coriander to the parsley in the bag. Zip it shut, then grind the pieces together between your fingers. I don’t have a mortar and pestle so smashing everything together in the bag was the only way to break down the oils in the fresh leaves to release the flavors. I poured one half bottle of Blackberry wine into the bag, placed the lamb shoulder in the bag and then very carefully squeezed the air out so that the meat was encapsulated in the wine and herb mixture.

In essence this is pre-cooking your meat. German cuisine employs chemical interaction to help break down the muscle tissue of meats, mostly wild meat, to make cooking and later digestion easier and quicker. Acids like wines, vinegar or a citrus juice react to the proteins in the muscle and cause the tissue to begin to break down. The other flavors that have been added find their way deeper into the muscle tissue and deepen the flavors. Wild meats, as we discussed in the Hassenpfeffer post, need 24-48 hours to marinade in some kind of acidic solution. Domestic meats from the grocery store such as the New Zeeland lamb that I picked up, should not need more than one hour to marinade. Another note about marinating meats: your meat should be at room temperature. This advice comes from the science nerd and chef Alton Brown.

The reason that a roast must come to room temperature is to avoid rapid shrinking which occurs when cold meat meets hot pans. Before any meat goes into a crock pot or a roasting pan it is seared on a hot, almost smoking pan, to seal in the juices and prevent foods from drying out. When you drop cold fish onto a hot pan you get that weird white goop that looks liked cooked egg whites. It is the protein coming out too fast and coagulating. If you drop cold red meat onto a searing hot pan your force the protein out too fast and then get a foam later when you make the broth or gravy from the marinade juices. Room temperature meats on hot pans prevents this unsightly and nasty tasting accident from occurring.

Your veggies go into the bottom of the slow cooker, lay the seared lamb shoulder on top and set the temp then leave it. Don’t lift the lid. Don’t poke at it. Just let it be for about 4 hours. And whatever you do, don’t pour in all the marinade juices! Slow cooking and braising do not need a lot of extra juice. As the fresh veggies cook they release water. As the meat roast cooks it releases more of the juices that make the broth. The lid of the slow cooker captures the steam released and deposits it back into the pot. The best thing to do with the marinade liquid is to cook it down for gravy or a light broth.

A popular side dish is red wine and shallots. I think that a couple of bulbs of shallots or pearl onions par boiled in the marinade liquid would be wonderful with this dish. I just drank the broth on a cold winter night to warm my insides while waiting the four hours for dinner to cook.

In a few weeks my cravings for fresh things will outweigh the complacency of Winter comfort foods and no matter how cold it is I will want leafy greens for salads, fresh herbs on everything and fresh fruits to boost my mood. For now though, with gusty winds tearing through the tall pines, I will dream of greener fare. 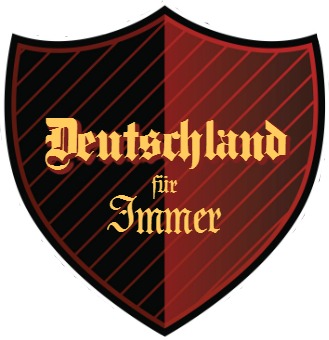